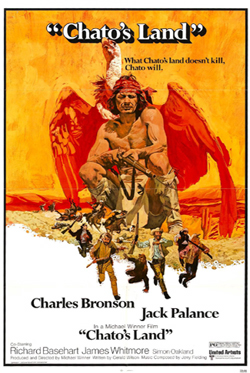 Michael Winner’s cynical, violent Vietnam-era western pits stoic lone Apache Charles Bronson against a colorful posse of rapists and murderers led by Jack Palance and a really good cast. “The scream of his victims is the only sound he makes!” was the ad line. TFH Guru John Landis was actually there on the set to provide belated reportage.