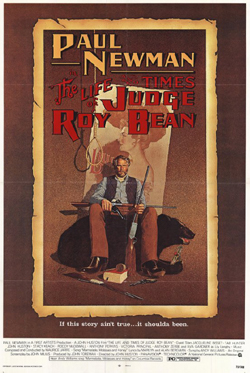 This late career John Huston comedy-western seems to have been an attempt to hitch a ride on the Butch Cassidy/Sundance Kid train to boxoffice glory, but it was a critical and financial misfire. Paul Newman is back, this time as a highly unlikely incarnation of frontier hardass Roy Bean, the self-appointed “judge” known as “the only Law west of the Pecos”. Huston seems to be having fun, as does the terrific character-laden supporting cast.