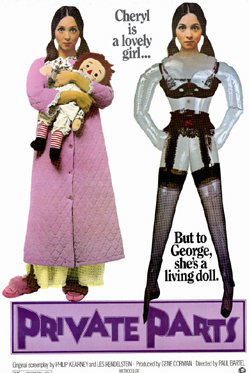 Too Out There for producer MGM, which released it through a subsidiary company, this wild and wooly multiple-murder perversity is director Paul Bartel’s most fully realized movie, a zonked-out psychosexual thriller beautifully shot by future director Andrew Davis. Lucille Benson is a memorable Aunt Martha in one of the great cult movies.