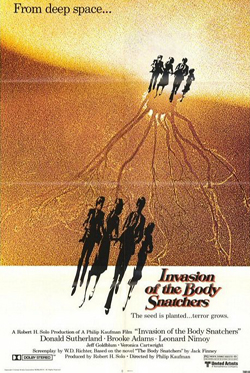 Invasion of the Body Snatchers ’78

Generally considered at least the equal or maybe (!) the better of Don Siegel’s influential 1956 classic, Phil Kaufman’s 1978 update transposes Jack Finney’s paranoid original to a new age San Francisco setting. Some have pointed out that a story based on people becoming suspicious of their neighbors’ unusual behavior might be better set somewhere other than San Francisco, but it’s pretty widely accepted that this is the best of the remakes (1992, 1997).