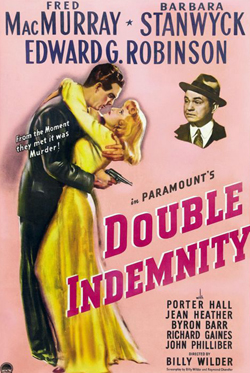 James M. Cain’s 1935 Liberty Magazine novella was based on the celebrated 1927 Ruth Snyder murder case that Sam Fuller had always wanted to film. Billy Wilder’s 1944 hit is the quintessential LA noir, and many of its locations can still be visited today. Nominated for seven Academy Awards but won none. At 16 min, 12 seconds in, the only known footage of cowriter Raymond Chandler appears, looking up at Fred MacMurray walking past him. Remade for TV in 1973.