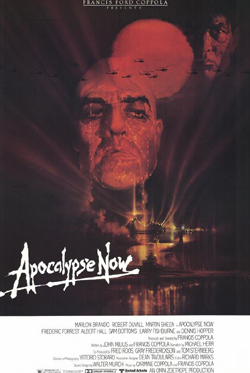 One of the most troubled productions ever, and one of the most acclaimed. Although he considered shooting in Australia, Francis Coppola decided on the Philippines because production coordinator Fred Roos had contacts there from shooting two back-to-back Monte Hellman films. Some of the eventually $30 million budget went into the pockets of Ferdinand Marcos’s local officials. Shooting began in 1976 but after nearly two years in post production it finally met the public in 1979. Reissued in 2001 as Apocalypse Now Redux with 49 minutes of extended material.