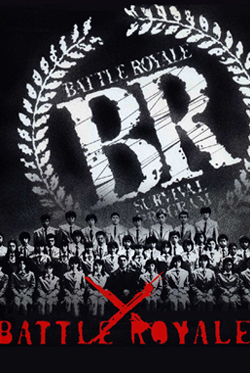 In this controversial career-capping Japanese thriller from director Kinji Fukasaku, middle-school children are rounded up by the government and sent to an island where they’re made to compete in a particularly nasty game of hide and seek: each child must kill the other in order to win. The shocking premise and worldwide acclaim led several American distributors to consider releasing it theatrically, but the tragedy of Columbine put an end to that. Bootleg versions became rampant on DVD. It is still banned in Germany. Fukusahi’s son Kento directed a 2003 sequel, but plans for a US remake have faded largely due to the co-opting of the concept by The Hunger Games.  Everything you need to know can be found in Haika Soru’s The Battle Royale Slam Book, which features essays on the BR phenomena by a passel of gifted writers including our own TFH Guru Sam Hamm.