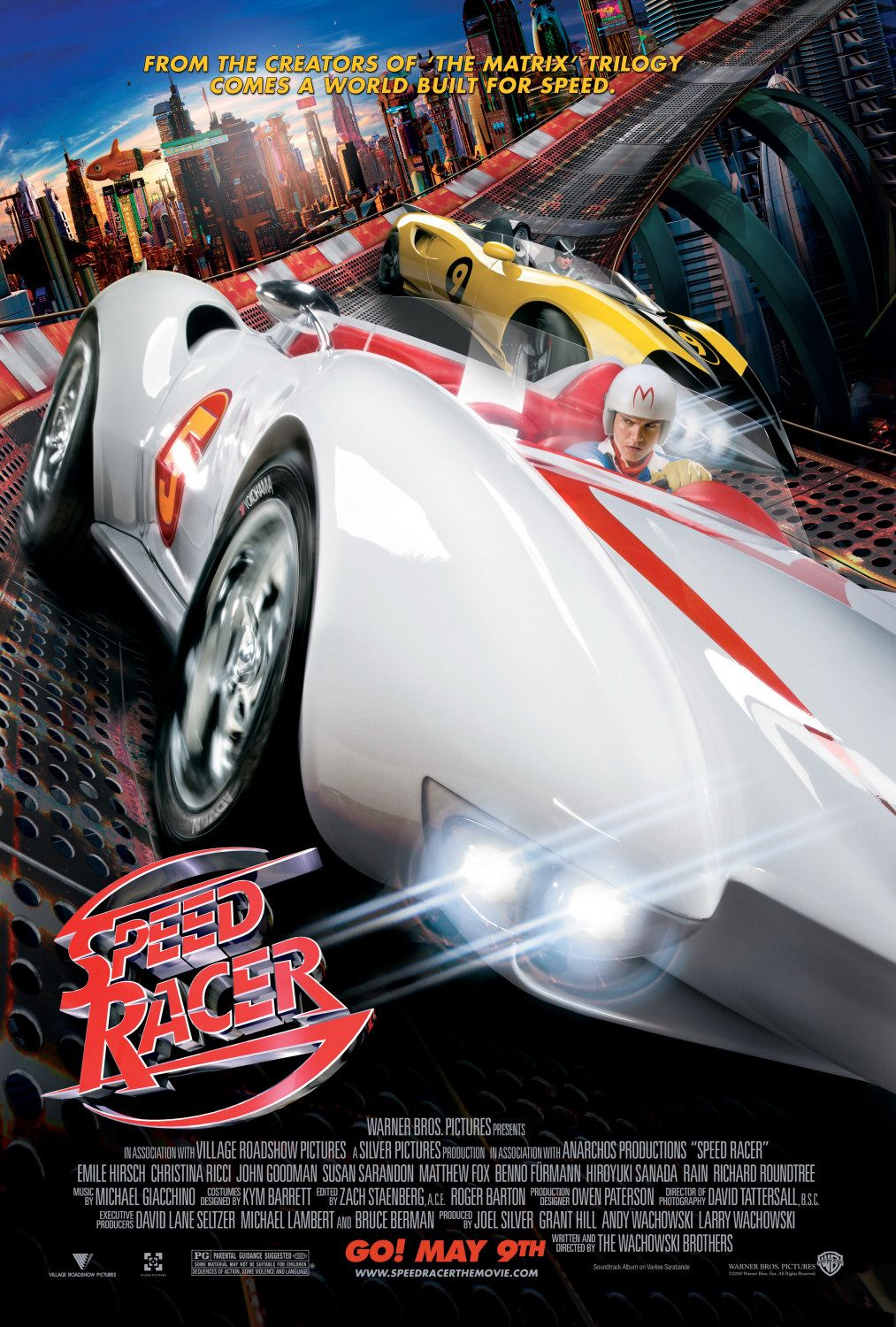 The Wachowskis’ $120 million big studio live-action version of Tatsuo Yoshida’s 52-episode anime series (syndicated to US tv during the 1967-68 season) was a major critical and commercial flop even after 17 years of development, which variously involved such names as Julien Temple, Gus Van Sant,  Alfonso Cuaron, J.J. Abrams, Vince Vaughan, Johnny Depp and more. Shot largely against Greenscreen at Germany’s Babelsberg Studios, the unnecessarily convoluted plot confused kids and bored adults, but its brilliantly realized cinematics are destined to be cited as a milestone in the advancement of filmic storytelling techniques.