No, it’s not this Crash. Or this one either! It’s Charles Band’s seldom seen 1977 haunted car movie with an all-star drive-in movie cast and plenty of smashing, crashing car wrecks, all for under $100K and beating the big-studio version,THE CAR, out by several months. As an added bonus, after the commentary Dave Decoteau takes us on a “making-of” trip behind the scenes to several locations used in the film, sort of a DVD extra that’s not on the recent DVD release from Full Moon. 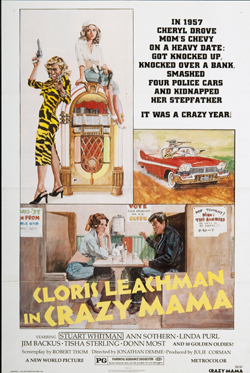