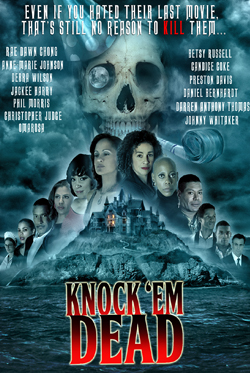 The venerable Mirror Crack’d format gets a workout in Dave DeCoteau’s self-described “bitchy and raunchy” mystery comedy, in which three rival actresses who hate each other reunite for a horror movie sequel only to find their crew is being killed off by a mysterious figure who duplicates the murders in the script.