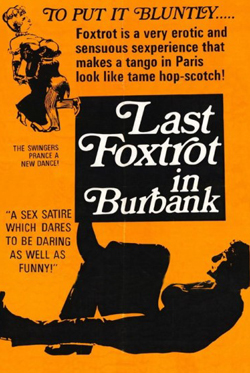 Bernardo Bertolucci’s Last Tango in Paris inspired several parodies but this is the only one to feature Lenny Bruce’s mom (Sally Marr). The 1973 film is a note for note spoof of the Brando vehicle starring omnipresent character actor Michael Pataki (as Michael “Loveman”) and with editing performed by future director John Carpenter. There were two versions of the film, one rated “X” for hardcore footage spliced into the film after the fact.