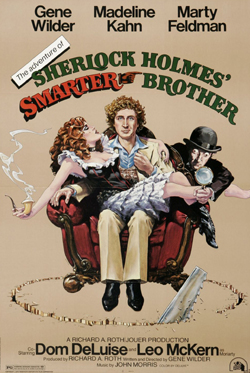 Baker Street was never like this! Gene Wilder followed up his star turn in Young Frankenstein by writing, directing and starring in this well-researched period comedy featuring the great detective’s younger, envious brother, who is overmatched (to say the least) by Leo McKern’s Moriarty. Lots of hat-tips to Arthur Conan Doyle throughout for devout Holmes fans, but it’s a sublimely silly movie on its own. Albert Finney has a cameo dissing opera singers.