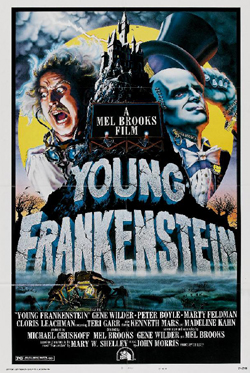 Mel Brooks’ affectionate comic homage to the Universal Frankenstein movies piles on every cliche and cartoony plot twist from the first five series entries, with appropriate attention paid to the original art direction and camera setups. When Columbia balked at the budget and black and white photography, Brooks took it to 20th Century Fox. A box office smash, later adapted into a Broadway musical. For a later generation of kids, this is the only Frankenstein they’ve been exposed to.