Director Robert Fuest’s grisly black comedy is a sumptuously produced bit of pulp hokum as well as a gruesomely satiric salute to the career of its star, Vincent Price. Our genial anti-hero plays Anton Phibes, a crazed physician seeking revenge on the doctors who (he believes) allowed his wife to die in the aftermath of a car accident. This 1974 film is a riff on 1949’s like-minded Kind Hearts and Coronets in which a number of eccentric characters are gleefully extinguished in the most garish manner possible. The picturesque supporting cast of victims includes Joseph Cotten, Terry-Thomas and Hugh Griffith. 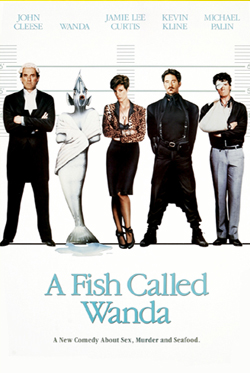