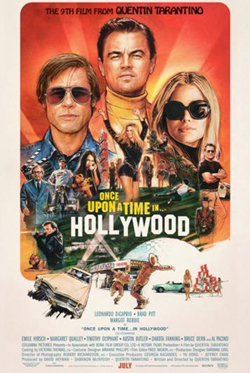 Once Upon a Time in Hollywood

Quentin Tarantino’s lavish reimagining of the events surrounding Sharon Tate’s murder lends a fairy tale glow to a real-life tragedy. Brad Pitt gives a career-best performance as a stuntman reduced to glorified gofer for the often-pickled and soon-to-be has-been actor played to a T by Leonardo DiCaprio. Due to Barbara Ling’s phenomenal production design, 1969’s Hollywood is alive again—and so is Sharon, thanks to Margot Robbie’s bittersweet turn as the sunny starlet.