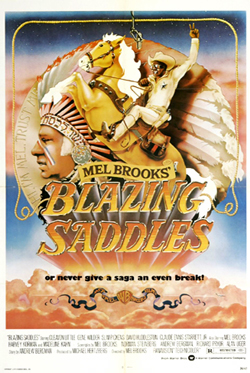 Wacky anachronisms abound in Mel Brooks’ now classic sagebrush satire about a black sheriff in a racist western town. It’s an unstructured, fourth wall-breaking romp that recalls Hellzapoppin’  and stands proudly as the first major studio film to break the currently inexplicable embargo against fart jokes. Shot under the title Black Bart, it spawned an unsold tv pilot of that name in 1975. It premiered at Burbank’s Pickwick Drive-In where horseback riders were admitted free.