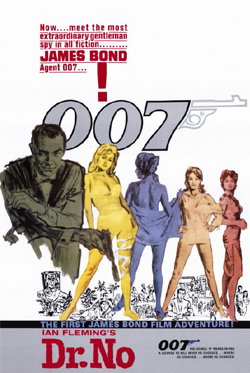 The first entry in the greatest tentpole series of all time, seven of which starred Sean Connery in the role that made him an international star. Amazingly, author Ian Fleming wanted composer-actor Hoagy Carmichael to play his licensed-to-kill Agent 007. The then-groundbreaking amorality of the concept led Patrick McGoohan to turn down the role, as did Richard Johnson (who later played in two Bond-like Bulldog Drummond films) and Roger Moore, who later replaced Connery as Bond.