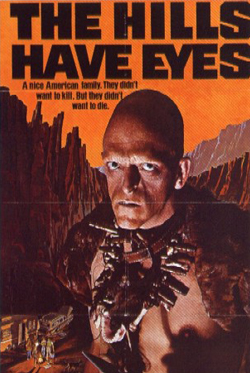 The Hills Have Eyes

Wes Craven’s version of Lawrence of Arabia? Ok, maybe not, but this is one of the best latter day uses of the metaphoric desert setting so familiar from 50s sci fi movies. The fan base it engendered resulted in a sequel and a 2006 remake which itself spawned a sequel. Originally rated X but cut to secure an R, there are various versions of the original in circulation. The Anchor Bay dvd release is the most complete.