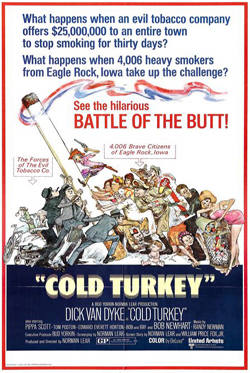 Nicotine addicted residents of a midwestern town try to give up smoking for a cash prize.This forgotten comic gem was TV titan Norman Lear’s only directorial effort. Shot in 1969, it went unreleased until 1971, when it proved to be a surprise hit. One of the darkest, most despairing social satires of the Nixon era, with a fabulous cast of tv comedy favorites. This is a mostly textless trailer made for foreign use.