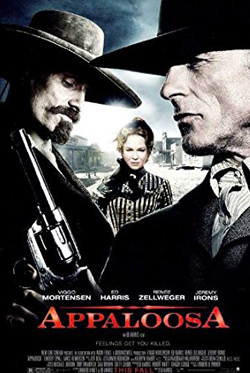 Ed Harris directed and starred in this 2008 throwback to cowboy movies of yore, in particular 1959’s Warlock. Harris and Viggo Mortensen are the marshall and deputy of small town Appaloosa, New Mexico going toe to toe with a ruthless rancher played by Jeremy Irons. In another nod to time-honored Western tropes, Renée Zellweger plays the alluring widow who comes between the lawmaker and his right-hand man.