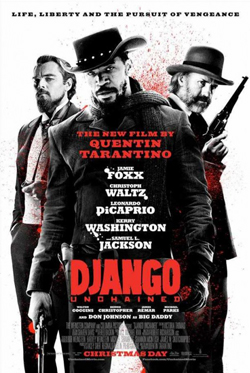 Quentin Tarantino continues his revisionist history of the world with this kinetic revenge saga which is on track to become the highest-grossing western ever made. While working on a book about Italian director Sergio Corbucci (The Great Silence, Django), Tarantino was inspired to embark on a spaghetti-western influenced project of his own, which he regarded as more of a “southern”. His usual bravura cinematics and eclectic musical choices are on display in abundance, resulting in one more operatic, pop-culture infused instant classic.