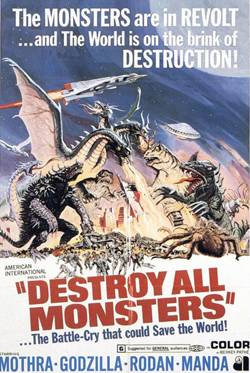 An all-star monster rally featuring a planetload of Toho monsters from previous films, many of whom were virtually unrecognizable to worldwide audiences who hadn’t followed these movies religiously. The 1969 AIP US‚ release sported a superior English dub by Titra Sound which has since been supplanted by an inferior export version.