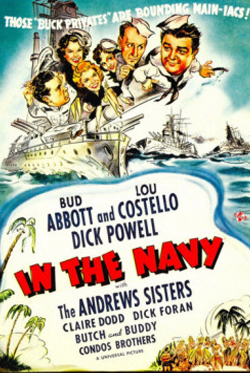 Bud and Lou’s second WW II service comedy was another huge hit, but ran afoul of wartime censors because of a scene where Lou takes command of a destroyer and crashes it. The sequence was finally allowed but only after a reshoot transformed it into a dream sequence.