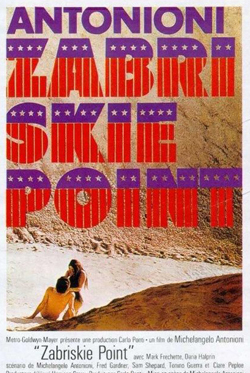 Michelangelo Antonioni’s first English language film, Blow-Up, was a surprise worldwide hit for MGM which permitted him to follow it up with a big-scale X-rated art film set in America. In production for over two years, it tanked big time, grossing less an $1 million on a $7 million investment and drawing withering reviews. Time for a reassessment…