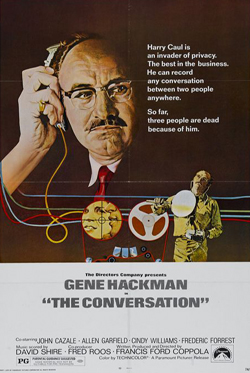 Sandwiched in between his two Godfather triumphs, Francis Coppola’s tense thriller is a quietly malevolent masterpiece. Gene Hackman plays his reputedly favorite role as an obsessive surveillance expert whose recordings of a possible murder put him in jeopardy.  Partially inspired by Antonioni’s Blow-up, this is the kind of grown-up movie they just don’t make anymore–remarkable in its time and still impressive today despite the intervening leaps in technology.