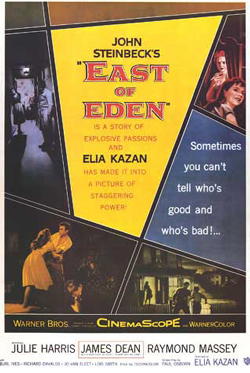 By the time he was nominated for Best Actor in Elia Kazan’s adaptation of the second half of John Steinbeck’s novel, James Dean was dead and buried. This was the only one of his starring vehicles to be released while he was alive. Reportedly Steinbeck felt the movie was as good or better than the book. Great use of early CinemaScope.