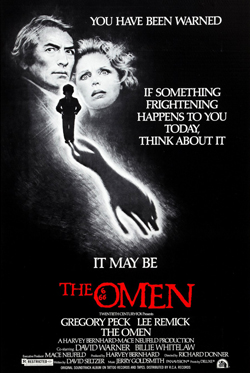 A supernatural take on The Bad Seed, director Richard Donner’s 1976 thriller about a demonic child boasts a top-notch “old Hollywood” cast including Gregory Peck and Lee Remick. Gilbert Taylor (A Hard Day’s Night) did the cinematography and composer Jerry Goldsmith’s work was rewarded with the Academy Award for Best Score. This cash cow spawned three sequels (Damien: Omen II in 1978, Omen III: The Final Conflict in 1981, Omen IV: The Awakening in 1991), a 2006 remake and three different TV series.