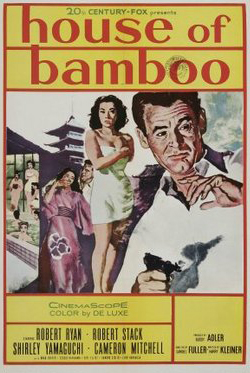 Former tabloid reporter Sam Fuller’s dynamic movies have been called crude and primitive, but at their best they play like a punch in the jaw. Fox’s Darryl F. Zanuck believed in him and afforded the indie-oriented Fuller his most mainstream commercial opportunities in the 50s. This is the most exotic of the group.