Fans of Jean Renoir will rush to see something ‘new’ from the great director; this very different Renoir picture sees him filming in the South of France, among regional laborers that bring their Italian and Spanish customs with them. It’s a tragedy about a crime of passion, all shot outside of a film studio, without big stars or glamorous trappings. We’re told that in 1933 Jean Renoir was stinging from some pictures that didn’t go over well with the public, including the classic comedy-drama Boudou Saved from Drowning. Relief came with an opportunity to film under the auspices of Marcel Pagnol at his facilities in the South of France. Renoir availed himself of Pagnol’s equipment and acting contacts, but stayed out of the studios, filming in real locations and recording live sound on the set (unlike Italian pictures of the time). Criterion’s commentators say that Renoir thought that sound saved French cinema, because the distinctive language is so important to the French character.

The story is a tragic romance, filmed in a bucolic natural setting. The locations dominate. In a prologue, Spanish and Italian workers arrive by train to work in a seaside quarry; Italian Antonio ‘Toni’ Canova (Charles Blavette) takes up with the single woman Marie (Jenny Hélia), but a few months later he’s already telling his pal Fernand (Édouard Delmont) that he wants to marry Josefa (Celia Montalván), who works on a nearby farm with her Uncle Sebastian (Michel Kovachevitch). Marie is crushed but Toni isn’t moved. He is instead himself heartbroken when Marie is ‘taken’ by the mine foreman Albert (Max Dalban). A couple of years later nobody is happy. Toni has married Marie on the rebound but the sparks are missing; he remains interested in Josefa and agrees to be godfather to Josefa and Albert’s child. Albert’s been a total cad, mistreating Josefa and running the farm into debt. The angry Toni walks out on Marie, but watches Josefa’s house at night, waiting for an opportunity to run away with her.

Everything in Toni relies on Renoir’s delicate storytelling. The experts are certainly on to something when they compare its style with later Italian Neorealist classics. The sense of a particular place is strong, with a mix of languages and dialects among the immigrants. Some of the local woodcutters are from Corsica, and they have their own way of talking and singing. There’s a strong reliance on economic reality. The resourceful Sebastian makes the farm pay, something the greedy, skirt-chasing Albert cannot do. The miners’ job is dangerous, as seen when they dynamite a ridge. Most Renoir home video discs include introductions that he filmed much later, for television broadcasts. In the intro to Toni Renoir half-disassociates himself with the film, saying ‘I came down with a bad case of naturalism.’

Ginette Vincendeau and Renoir point out that the story imposed on this realistic setting is pure melodrama. Yet Renoir says that it was taken from a real case told to him by a policeman. He embellishes events with touching, earthy scenes. Toni and Josefa share a charming half-seduction scene on a country path. At first we think he’s pretending that a wasp is crawling on her back, but it turns out to be real — and Josefa loves it when Toni bites the wound and sucks out the venom.

That scene is soon followed by a miserable rape, when Josefa can’t control Albert. The sad truth seems to be that the country women are culturally conditioned toward passivity, compliance. The all-wrong weddings that follow are frustrating to modern sensibilities, but these are fairly unsophisticated working people: as in The Most Beautiful Wife, one way to secure a marriage to a woman is to first rape her. Neither woman has much control over her life. Marie’s begging and pleading does nothing to melt Toni’s heart, and Josefa’s pride and boldness doesn’t spare her from Albert’s brutality.

Nobody seems in control of their passions. Toni’s an okay fellow but he’s incapable of thinking things through, like his half-baked dream of escaping with Josefa to South America. More innocent than conniving, these people walk into traps of their own making — except for one sidebar weasel who takes advantage of the others. The movie is often compared to Luchino Visconti’s proto-Neorealist classic Ossessione, an unauthorized version of James M. Cain’s The Postman Always Rings Twice. But Renoir’s unhappy lovers lack Cain’s basic malice. Even the wronged woman wants the best for the man that has spurned her. It’s crazy — innocent love causes nothing but trouble.

Toni’s pal Fernand is the voice of reason, who nobody listens to. Renoir doesn’t blame society or an oppressive system for the lovers’ problems — all parties know exactly what they’re doing. But a coincidental connection is made to Renoir’s later satire The Rules of the Game. An undeserved punishment is delivered by the local landowner, who is always pacing his property with a shotgun.

Pagnol’s film crew must have inspired by Renoir, whose direction is flawless. The location scenes are as exacting as any of his studio pictures. The camera trucks along with workers as they sing. People always seem to be moving in depth. When the secondary character Gabi (Andrex) exits, the camera holds on him as he walks into the distance, so we can detest him all the more.

We don’t learn too much about the leading ladies, except that Celia Montalván was a Mexican singer on tour; she also made a film or two in Argentina. ‘Andrex’ has a significant role in H.G. Clouzot’s Manon. Max Delban stands out in Julien Duvivier’s Panique. The IMDB says that the leading player Charles Blavette was cut out of Franju’s Eyes without a Face, but I think his scene may have been restored — he’s listed as the ‘dog pound man,’ and in the uncut version we do see a man delivering a dog. 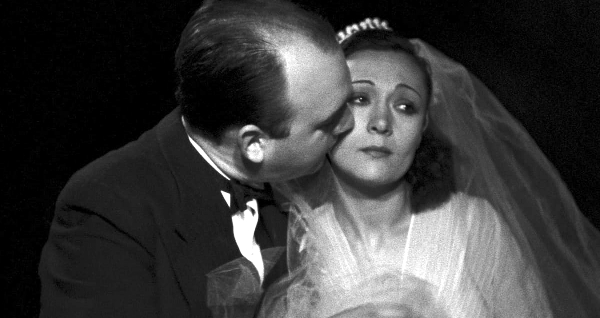 The Criterion Collection’s Blu-ray of Toni is a new 4K digital encoding that restores the film’s sunny, soft feel. The specific location is an industrial area Northwest of Marseilles; the bright sun doesn’t look too hot and many laborers simply camp in the hills. I see no damage; the film’s contrast is so good that we can see brushstrokes on the main titles as they fade up.

The lyrics of several songs performed live on screen are not subtitled. We’re not sure of the language of each song, but most seem to have come from the immigrants’ home countries.

Disc producer Elizabeth Pauker has at her disposal a 2006 audio commentary by experts Kent Jones and Phillip Lopate. Jean Renoir’s TV introduction is here, along with a feature-length TV show by Jacques Rivette on the director’s early sound years, which includes plenty of discussions with Renoir. When Toni comes up in passing, actor Charles Blavette says a few words.

A fine visual analysis is offered in video essay, written by Christopher Faulkner and read by another. And Ginette Vincendeau writes the insert foldout essay on Renoir’s under-appreciated ‘provincial tragedy.’