When did murder thrillers become horror pix?  This one is horror only by association, and star Basil Rathbone would be a suave leading man if he wasn’t slaying wives left and right. He sets his sights on the rich, conveniently suicidal Ellen Drew, yes (sigh) that Ellen Drew. This atypical Paramount thriller has glamour to spare and also some unexpected sideways sexuality with the sinister Martin Kosleck, who almost steals the movie. But not our hearts — in that department it’s Ellen Forever and Ever. 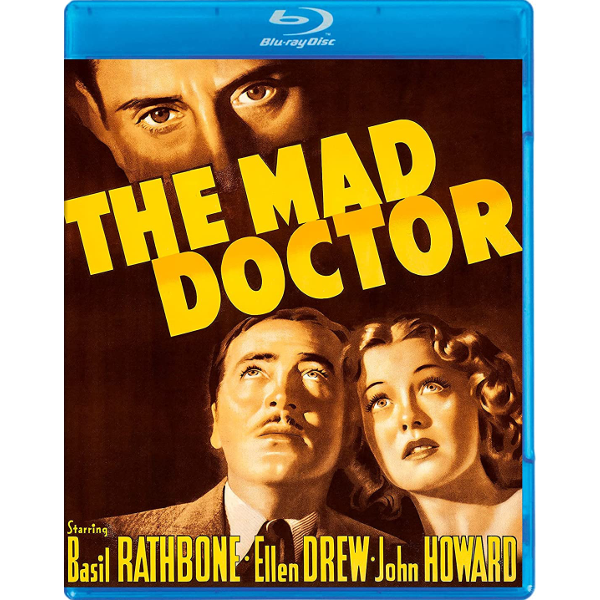 Of all the studios toying with the horror field, Paramount seems to have had the most trouble getting a grip on the genre. As did MGM with Freaks, Paramount went a little nuts in the pre-Code years with macabre, censor-inflaming shows like the blasphemous Island of Lost Souls and the sadistic Murders in the Zoo. When Universal revived studio horrors in 1939 Paramount’s first contributions were the confused The Monster and the Girl and this rather polished Bluebeard tale starring the studio’s star Basil Rathbone. Both movies featured the beautiful and talented Ellen Drew, who should have been promoted to better fare after her fine work in Preston Sturges’ Christmas in July.

The Mad Doctor was sold as horror but is a straight thriller about a wife-murderer, filmed just before the ‘psychology’ craze infected Hollywood. But there’s still a strong streak of screwball Psych 101 in Howard J. Green’s original screenplay. It’s a fine showcase for Basil Rathbone even if he likely would have preferred romantic leads; he once again makes an excellent, fallen-angel kind of villain. 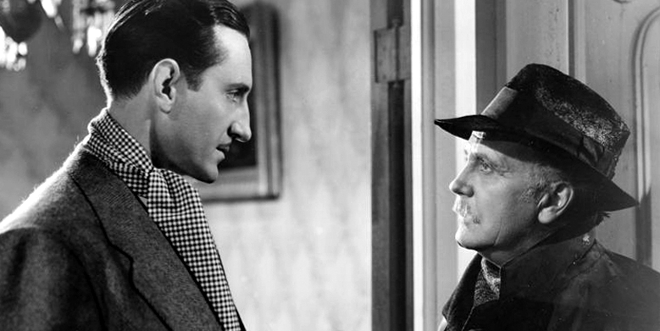 Psychiatrist George Sebastien (Basil Rathbone) doesn’t practice in his small New England town of Midbury, but instead lives with his wealthy wife, who dies of pneumonia. Local sawbones Dr. Downer (Ralph Morgan of Hitler’s Madman) doesn’t get a chance to examine the body, and Sebastien leaves town very quickly accompanied by his dutiful servant Maurice Gretz (Martin Kosleck). Some time later Sebastien has established a successful headshrinking practice in New York City. He attends the ditzy society woman Louise Watkins (Barbara Allen, then known on the radio as Vera Vague). Through her Sebastien comes to the aid of the wealthy but unstable Linda Boothe (Ellen Drew), much to the displeasure of Linda’s fiance Gil Sawyer (John Howard of Lost Horizon). Sebastien cheers Linda, turning her mind away from her earlier suicide attempt. As the doctor begins to monopolize Linda’s time, Gil uses his position as a star reporter to write about quack, social-climbing psychiatrists. 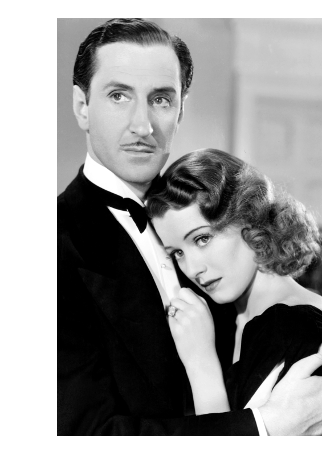 The suave, diabolical Sebastien can’t believe his luck — he conspires to woo Linda with the object of matrimony. When she relapses and kills herself Sebastien won’t have to fake evidence of pneumonia, as he’s already done with two wives. Only two things might get in the way. Investigating Sebastien’s past, Gil makes contact with Dr. Downer, who still has reservations about that old pneumonia case. And Sebastien’s valet and henchman Maurice Gretz might become a problem: Gretz has ideas of his own future with the doctor, and isn’t happy to discover that his criminal boss is actually falling in love. The reformed Sebastien has big plans to marry Linda and live happily ever after — if he can stay free of his past.

We’re told that The Mad Doctor and The Monster and the Girl actually went out on a horror double bill; as Ellen Drew stars in both pictures, we don’t know if that was a cue for her to cheer or despair. Although we adore Ms. Drew neither picture shows her to full advantage. We’re told the reason for her suicidal tendency, but since it comes through a Sebastien-conducted hypnosis session, we’re not sure we should believe it. In any case, everybody in the film thinks that getting married is all Linda Boothe needs to solve her problems.

Basil Rathbone’s slick society doctor gets all of the attention, both from the script and the direction. Dr. Sebastien fully believes in his murders; he seems to be extracting vengeance against women and the world because he ‘cannot feel love.’ That fits in well with Sebastien’s polished, elitist airs, which also provide a good cover in upscale company. Dr. Sebastien has the right cultured comeback for every social situation. John Howard was fresh from playing the most thankless role in movies, Katharine Hepburn’s jerk fiance in The Philadelphia Story. He’s much nicer here, not overreacting when that dastard Sebastien beats his time with Linda.

Barbara Allen is just annoying as the publisher’s wife, but we feel sorry for Ralph Morgan’s country doctor. He solves the mystery of Sebastien’s double identity at the NYC public library, only to be dealt a raw deal by the story’s need for additional violence. As all the previous wife-killings happen off-screen, we have to see the Sadistic Doctor Sebastien (or is he the Lethal Doctor Langamann?) do something hiss-worthy.

The web closing in on the villain is handled well by director Tim Whelan, an American whose biggest credit is a quarter-claim on the direction of the classic 1940 The Thief of Bagdad. His real accomplishments were the polished, exciting Brit productions The Divorce of Lady X, Clouds Over Europe (Q Planes) and Sidewalks of London, the latter a great film with Charles Laughton and Vivien Leigh.

The missing link in The Mad Doctor is Linda’s conversion from suicidal depressive to eager readiness to elope with her newfound psychiatrist sweetheart. Sebastien seemingly seduces her with talk of the far-off Republic of Ecuador, which he eagerly describes as Paradise on Earth. This may be a little mis-judged: is Sebastien familiar with Ecuador and sincere, or is his praise for the South American country meant to tip us off that he’s indeed crazy in the head, as per the film’s title? 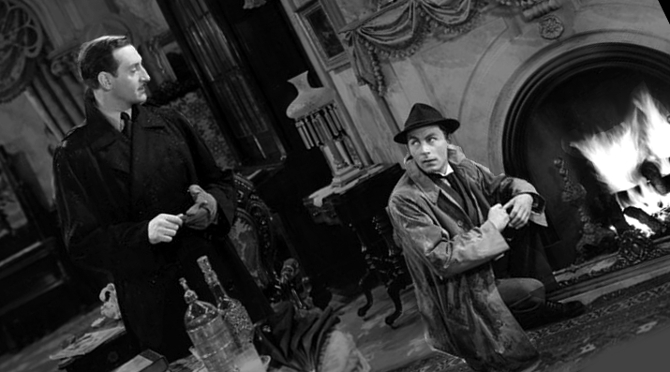 Actor Martin Kosleck was already established as a screen Nazi, but wouldn’t become a notable name in horror pix for another four years. His rat-like Maurice Gretz is a murderer’s best friend, apparently having helped Sebastien murder two wives here and maybe more back in Germany. Maurice commits yet another murder when he’s dispatched to Midbury to steal a body.

The most startling element in The Mad Doctor is Dr. Sebastien’s relationship with Maurice, whose homosexual attachment is so open that it can’t be called ‘coded.’ Yes, Gretz wears dark turtlenecks and likes to keep the apartment in shape; in one scene he busies himself arranging flowers for the good doctor Sebastien. Whenever Sebastien expresses interest in Linda Maurice’s eyes narrow. He cautiously reminds his boss of their pact to amass a fortune and go off together to bask in luxury, away from all women. You know you’re looking at a 1940 movie when it can be assumed that an actor ideal to play the verminous Josef Goebbels, will be considered an equally good fit for horror films and gay (not that!) characters. Or hey, is Martin Kosleck’s mad sculptor in House of Horrors coded gay as well?  I don’t keep up with these things. 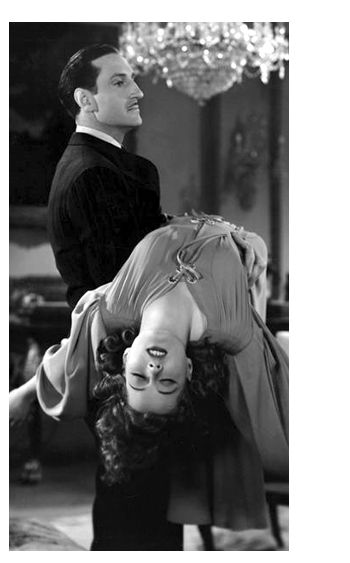 Maurice is not amused when Sebastien falls genuinely in love. It’s as if Lucifer had changed his stripes. Basil Rathbone works up more than a little sympathy for the devil, now that he hopes to rejoin humanity and redeem himself through love of Linda. Maurice knows that way lies disaster. When his boss waxes romantic about Linda and Ecuador (“Headhunters smile and greet you on the streets of Quito!”), Maurice’s one-track mind is clearly calculating who to kill, and when. Sebastien even drops hints of his past misdeeds to his new sweetheart. Only Linda’s not-too-bright failure to connect the dots keeps everything from falling apart there and then.

The picture’s finale is fairly well judged for a 1940 thriller. Sebastien’s solution to the unmasking of his crimes is appropriately nuanced; Rathbone underplays nicely. The action finale really happens a scene or two earlier on a subway platform. Sebastien and Maurice show how well they work as a team — Maurice opens a newspaper to block the view of a potential witness so Sebastien can proceed with his murderous business.

The Mad Doctor isn’t a well-known movie, and I don’t say that just because it wasn’t on my personal radar. The generic title suggest a horror item but we instead get a tale of a ruthless murderer, a bit before WW2 and film noir conventions would allow more violence and sordid criminal themes. This Paramount show is ably crafted with characterizations attractive (Rathbone, Drew) and weird (Kosleck). It plays rather well, and its psychological underpinnings are more credible than those of most ’40s murder thrillers.

The KL Studio Classics Blu-ray of The Mad Doctor is a good but not great encoding of this polished, handsome studio production. This may be one of the Paramount titles purchased by MCA/Universal for which the printing elements are less than optimum. Everything looks a generation downstream, a tad contrasty and grainy — still very good, just not with the silvery smoothness we expect in a Paramount film from this year.

A trailer included looks to me like a textless item for which the white lettering has been recombined digitally. The images in the trailer actually look a tiny bit better than the movie transfer. The audio track has no problems.

David Del Valle provides the audio commentary. He hits us with some solid info right at the top — he tells us that the show came from a story by Ben Hecht and Charles MacArthur called A Date with Destiny, and for a while it was called Destiny and also The Monster. He has interesting background on Basil Rathbone, blaming the collapse of the actor’s career on his talentless wife.