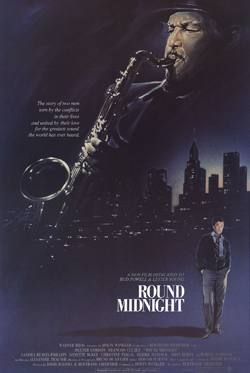 Bertrand Tavernier’s 1986 musical drama is based on the life of the saxophonist Lester Young, played by the great bebop artist Dexter Gordon as a struggling band man named Dale Turner. Turner’s highs and lows are reflected in the wonderful music on the soundtrack including Thelonious Monk and Bud Powell. Gordon is joined by other real life jazz musicians in a diverse cast including Herbie Hancock and Wayne Shorter. Martin Scorsese has a small but scintillating part as a crooked club manager.