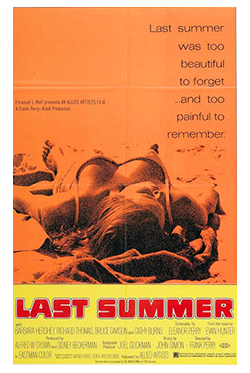 Frank and Eleanor Perry’s disturbing look at dysfunctional teens on Fire Island has a dedicated fan base that has pushed for years to get it released on dvd, to no particular avail. One of the first films rated X, it was later cut to an R, although the uncut version has popped up now and again on local TV stations.