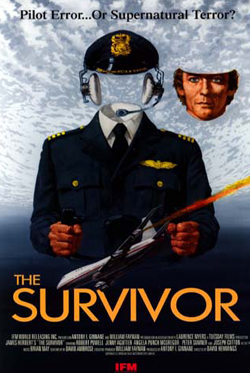 Brian Trenchard-Smith created this trailer for an Aussie supernatural thriller that never made it to American theaters. Director David Hemmings (star of Blow-Up) was determined to class up what was initially intended as a lowly horror movie, and rewrites of David Ambrose’s script continued throughout production. Actor’s Equity frowned on so many overseas cast members and refused to allow Susan George and Samatha Eggar to perform. Thom Eberhardt’s 1983 Sole Survivor uses the same premise to a degree that it should almost be considered a remake, although there’s no official connection.