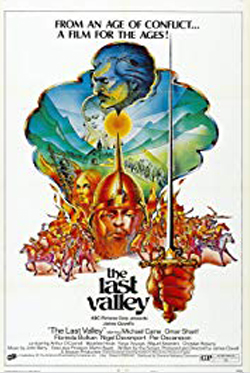 The Shangri-La of war movies, James Clavell’s epic set during the 30 Years War stars Michael Caine as a mercenary and Omar Sharif as a teacher who take haven in an idyllic valley still untouched by bloodshed. The last movie produced in 70mm Todd A-O is gorgeously shot on fabulous locations but despite fine performances and one of John Barry’s most emotional music scores, it was a box office disaster and the movie has remained as neglected as the war it was based on. Like most ABC Pictures productions, it has been poorly served on home video, the 2004 MGM DVD lacking even an anamorphic transfer. This one is ripe for rediscovery.