The most prestigious franchise in the Paramount corral hasn’t dimmed in esteem or popularity despite its somewhat lesser third installment. The whole trilogy was given an impressive restoration by Robert A. Harris, and this new remastered 4K set retains that very good work. Francis Coppola can’t be faulted for not wanting to revive the old expanded ‘Saga’ cut from network TV — and this release gives us sparkling 4K and digital presentations, including all three variants of Godfather III: theatrical, the 1991 recut and the recent director’s cut Mario Puzo’s The Godfather,  Coda: The Death of Michael Corleone. 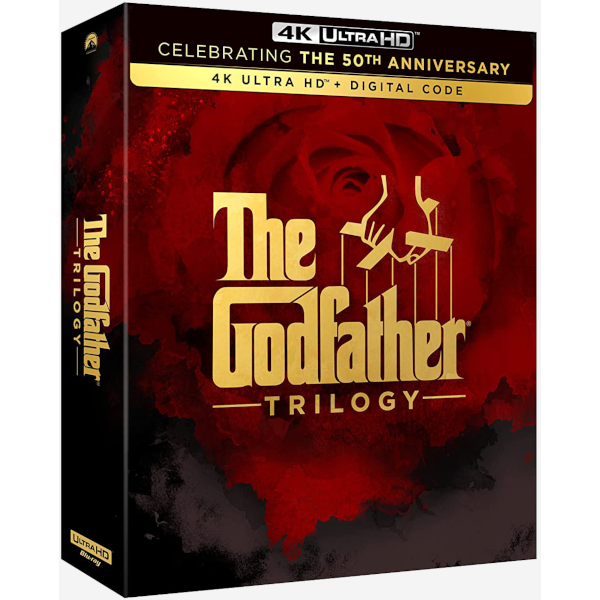 Here’s the basics, trying to correct some misinformation I once saw online: 1) this 4K UHD disc set contains newly restored, newly remastered encodings of the Godfather films I and Part II plus three cuts of Coppola’s Godfather Part III in 4K, the theatrical and earlier re-cut versions, plus the 2020 director’s cut Mario Puzo’s The Godfather, Coda: The Death of Michael Corleone. 2) According to Paramount’s specs, only the 4K set will have the older cuts of Godfather Part III. 3) The set also doesn’t cost $200, as reported earlier. 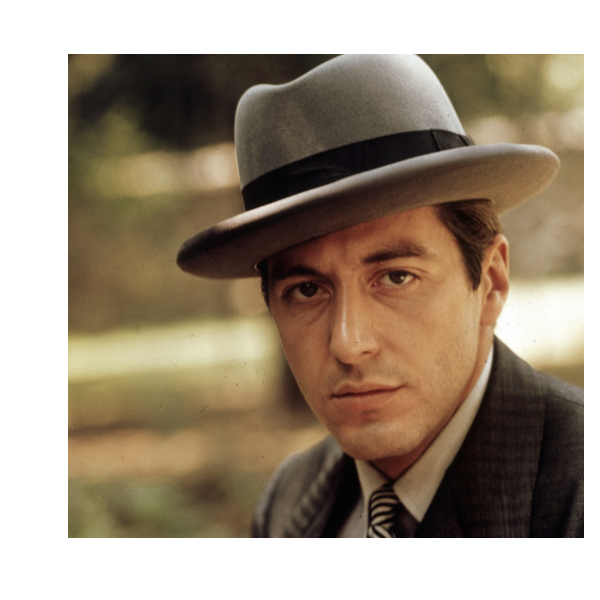 Francis Coppola has shown admirable judgment with his back catalog of film hits. When he’s revised his older pictures he’s not obliterated the original versions. You’ll note that I’ve never reviewed a Star Wars movie, because none of the original three pictures are available on anything newer than laserdisc. Coppola has returned repeatedly to Apocalypse Now, radically changing it in ways that didn’t do much for me. But that’s perfectly fine — we all knew there were several movies in that shoot and it’s good to see the material. The saving grace is that the original 1979 picture we saw can still be seen, and on 4K, to boot.

It’s also great to see the improvements Coppola made to his Cotton Club Encore; they make a great film even better. And Mr. C. returned just last year to his first acknowledged feature, which resulted in a new Blu-ray for Dementia 13. I remarked that a Roger Corman-Filmgroup cheapie can now be acknowledged as high-rank horror. All we can say now is that we’d love to see a super restoration of Coppola’s You’re a Big Boy Now.  And is there anything to be gained by a re-cut for his excellent Peggy Sue Got Married?

If you were born in this century and know little about The Godfather Trilogy, by all means see them before reading anything by anybody — you’ll be in for a treat. 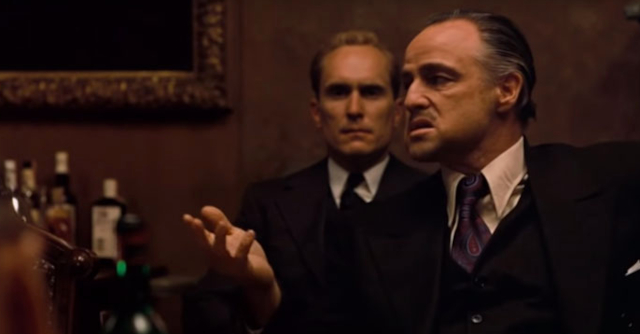 The original 1972 The Godfather followed Love Story as THE blockbuster that American media howled everyone needed to see. The audiences that waited on long lines in Westwood knew they were in for something big. Meanwhile, professor Howard Suber was holding a UCLA film school class on movie genres, where I heard a lot of bright input describing the movie as a genre reboot. The Godfather shifted the gangster figure from the bandit-hoodlum margins to the center of the American Dream: the immigration story, the family values story. A year earlier the trade papers predicted failure for Paramount’s deep dive into a genre that had recently failed to pan out for Kirk Douglas (The Brotherhood) and a touted European import (The Sicilian Clan). And when was the industry going to acknowledge that Marlon Brando was box office poison?

Francis Coppola instead reaffirmed the power of classic Hollywood storytelling, adding touches taken from the operatic style of Italian filmmaker Luchino Visconti. The mafia soap opera has plenty of trendy violence, with the inference that power and violence are part and parcel of all business and politics. We’d just spent 20 years watching movies in which gangster betrayals were cold and corporate, and no friend or relative was safe (The Brothers Rico, Point Blank). The commitment of Don Vito Corleone (Marlon Brando) to the concept of Family humanizes the gangster. He’s just another American making a living in an unfair playing field. 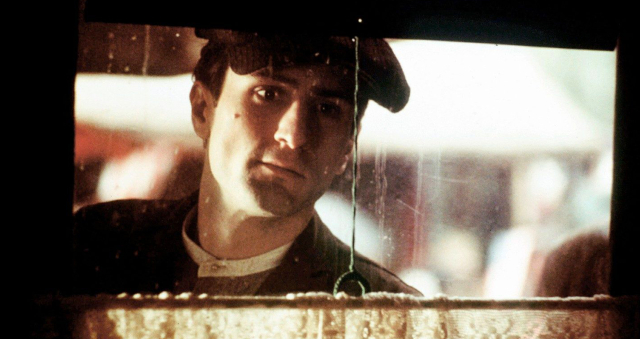 If the first movie was the crowd-pleaser, The Godfather Part II is the work of art. Coppola and Puzo reverse course to show the ruthless Don Michael Corleone (Al Pacino) grow cold and hard, destroying his Family’s values in the process of consolidating power. His line, “We’re all part of the same hypocrisy” is the key, because Michael isn’t true to any of his vows. His real motive is revenge on the mobsters that betrayed his father in Part 1. The second installment uses parallel flashbacks to contrast Michael’s family situation in 1958 with that of his father (Robert de Niro) in 1919. For a mainstream Hollywood film, these were radical narrative choices.

The Corleone mob now struggles against enemies painted as morally worse than they — the kingpin Hyman Roth (Lee Strasberg) and a corrupt politician (G. D Spradlin). Michael is nasty to family members that ‘disappoint’ him, but he’s also compared favorably to political figures that are much bigger villains, like Cuba’s Fulgencio Batista. Michael eventually kills a very close relative, freezing into the hateful monster his father never was.

The Godfather Part III interrupts the pattern. Coppola originally wanted it to be just an epilogue to the first two films. The new characters and situations are repetitive and generic; it’s neither arrestingly innovative nor particularly artful. Godfather Part II neatly dodged the abdication of actor Richard Castellano, replacing him with a decent substitute, Michael V. Gazzo. But III couldn’t secure the services of Robert Duvall, and George Hamilton is no substitute. Elsewhere the casting is no more special than for any other picture. Eli Wallach’s role is too small, he feels wasted. Andy Garcia isn’t bad, but neither is his character all that interesting. We have to be content with Coppola’s peripheral casting. Richard Bright and Al Martino are back, and we get nice input from John Savage, Raf Vallone, Donal Donnelly, and Mickey Knox.

Do we really care to see a movie in which a kinder, gentler Michael Corleone seeks forgiveness?  Michael has successfully left the rackets but cannot fully escape them. He tries to merge his finances with the Vatican only to discover that Vatican Bank officials behave (GASP!) just like gangsters. The picture works hard to resonate with the first two but bogs down in repetition and operatic overstatement, not to mention a literal opera. Godfather Part III takes place in 1979, a ‘past’ more recent than when the first two movies came out. But it uses the same retro music, creating an awkward nostalgia for the future. The most disappointing change is that the third movie no longer trusts in the intelligence of the audience. Much of the dialogue is redundant exposition. Young Mary (Sophia Coppola) clearly believes a particular promise from Vincent (Andy Garcia) but we still hear her say, lamely: “I believe you.” This happens constantly, as if storytelling with images was no longer practical. The movie entertains, but it can’t quite recapture the spirit of the first two. 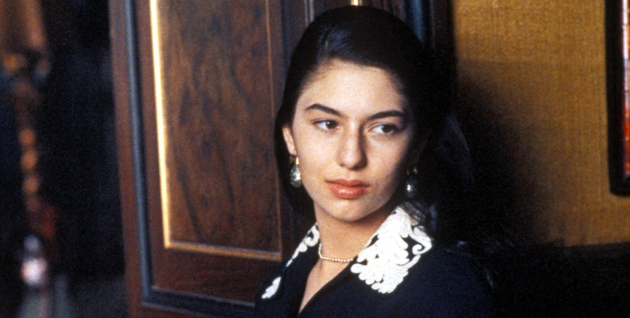 I was pleasantly surprised by Coppola’s recent recut Mario Puzo’s The Godfather, Coda: The Death of Michael Corleone. The same issues are present but the emphasis has changed to center more on Al Pacino’s Michael. Both the beginning and the finish are appreciably different. The show tries less hard to convince us that, you know, this is an important movie just like the first two. I didn’t notice that it was a reel shorter, but that probably helps as well; my memory of the first cut is such that I’d never remember what was taken out.

Again, the saving grace of Francis Coppola’s retro-revising is that he does not harm what was good about the originals. We really resented the Criterion / Michael Cimino Blu-ray revision of Heaven’s Gate: the pretty colors are nice but Cimino removed the elegant, perfectly-placed intermission, spoiling two of the film’s best moments. Coppola shows consistent good taste and judgment with his legacy. I’ll be curious to see whatever he does.

Paramount’s 4K Ultra HD + Digital of The Godfather Trilogy gives us four 4K discs and and extra Blu-ray for all the extras new and old. The transfers are impeccable; the added clarity on Part II, the title I saw all the way through, was too good to just watch sections — I watched and enjoyed the whole thing.

I was happy to see that the new encodings follow the lead of Robert A. Harris’s 2008 restoration. Gordon Willis’s original look has not been replaced by deeper blacks or higher contrast overall. We’re still reminded that Willis purposely under-lit some scenes, to prevent Paramount’s executives from printing everything brighter against Coppola’s intentions. The ‘dank’ scenes in Vito Corleone’s conference parlors still look aged, and slightly anemic. This makes for a big change when the 1950s come around and the colors jump to Lake Tahoe pastels and the glitz of Las Vegas.

Repeating from above, this 4K UHD disc set contains newly restored, newly remastered encodings of the Godfather films I and II plus three 4K cuts of Coppola’s Godfather Part III as well, the theatrical and earlier re-cut versions, plus the 2020 director’s cut newly-dubbed Mario Puzo’s The Godfather, Coda: The Death of Michael Corleone. According to Paramount’s specs, only the 4K set will have the older cuts of Godfather Part III. I haven’t seen a Blu-ray release to confirm that; they might still come in digital form.

A digital code sheet is included as well.

The extras on the 4th disc, a standard Blu-ray, are divided into New and ‘Legacy’ content.  A new video piece gives us the views of the restoration experts, with an executive assuring us of the great care and respect these films have been given, and going over the history of the shows on home video. Another item is a talk by the still photographer Steve Schapiro, with many of his classic images.

As was the case a while back with It’s a Wonderful Life  we’re given a selection of home movies. These were  filmed on the original Godfather set, nine minutes’ worth. They’re said to be a premiere exclusive.

The ‘Legacy’ extras from earlier editions are thorough and comprehensive. A list is below. My comments for them can be seen on a 2008 review of an earlier Restoration Blu-ray set. They include a gallery of deleted scenes, many of which were used for the ‘Saga,’ a linear re-edit of the first two movies created for network television. Some scenes set in 1919 New York resemble D.W. Griffith’s The Musketeers of Pig Alley, while a cut episode from 1947 Sicily references communists and Salvatore Giuliano.

The first two films carry director’s commentaries. The Godfather has what appears to be an older introduction, and Coda a new one by the proud director. Starting each disc requires one to click 13 times through menus and to wait through a couple of disclaimer pages. 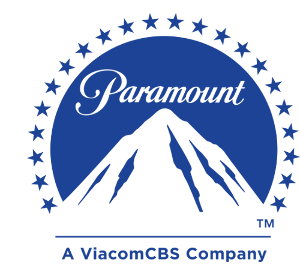