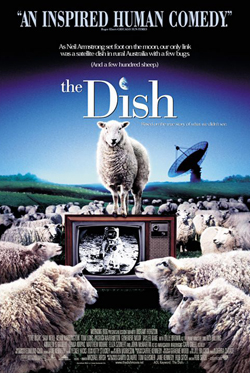 Australia’s top grossing film of 2000 was this Rob Sitch-directed, Bill Forsyth-influenced semi-fictionalized dramedy based on NASA’s use of a radio telescope in New South Wales to beam images from the 1969 Apollo 11 moon landing around the world. Much of the electronic prop equipment on hand was actually used during the landing but was too heavy to ship back to the US and ended up in the movie.