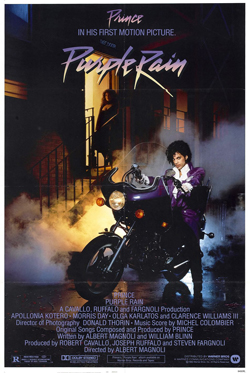 With his 1984 film debut, the multi-talented Minnesotan proved that all you really need to carry a movie are some killer dance moves and a dyn-o-mite set list guaranteed to rock the house for 111 minutes. Purple Rain is directed by Albert Magnoli in the most prosaic fashion possible but at least he stays out of the way of the musical performers, in particular the kinetically funny Morris Day who gives the film a funk-ified hot foot with his Cab Calloway Meets James Brown version of Jungle Love. The movie was enormously popular but even that success was overshadowed by its soundtrack which spent 24 consecutive weeks at the top of the Billboard album chart.