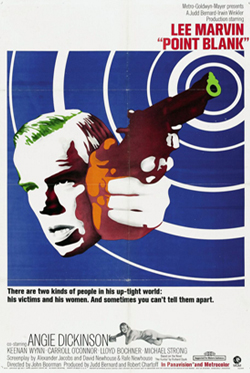 John Boorman’s dreamily stylized adaptation of a Donald E. Westlake novel was way ahead of its time, adapting New Wave techniques to produce a deliberately alienating effect that confused and annoyed the brass at MGM, and might even be a moment-of-death flashback. Lee Marvin’s greatest role. Remade more conventionally as Payback in 1999.