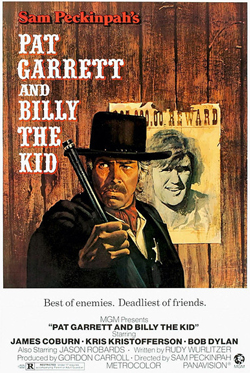 Pat Garrett and Billy the Kid

Sam Peckinpah’s elegiac farewell to the western genre evokes the death of the old west by relentlessly killing off its character actors. Another troubled production released in a truncated version which has been supplanted by two re-edited variants. But in any condition it’s a melancholy, beautiful movie. An exhaustive accounting of the brouhaha is chronicled in Paul Seydor’s The Authentic Death and Contentious Afterlife of Pat Garrett and Billy the Kid.  And a detailed comparison of the different cuts can be found here.