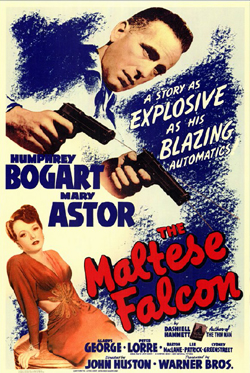 In today’s remake-crazed atmosphere it’s worth noting that this was the second remake of Dashiell Hammett’s Sam Spade detective novel. John Huston got his first directing assignment in exchange for scripting‚ Raoul Walsh’s High Sierra. In one of many bad career decisions, George Raft turned down the lead role that consolidated Humphrey Bogart’s star status.