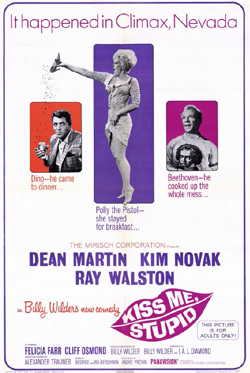 Billy Wilder took a lotta brickbats for this “vulgar”, “tasteless” and “crude” sex comedy set in Climax, Nevada, which was roundly condemned from pulpits and lecterns countrywide in 1964. Its sleazy reputation has been somewhat rehabilitated over the years as pop culture has raced to embrace such concepts as DNA hair gel and carnal relations with baked goods.