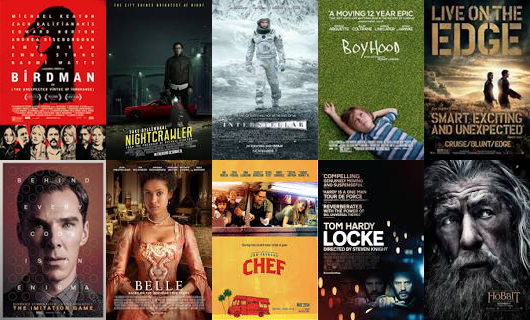 Just in time for Oscar season here are Joe’s favorite films of 2014, rescuing a few (Belle and Locke) from undeserved obscurity while applauding the blockbusters and indie hits.

In keeping with the spirit of TFH we’re presenting his list accompanied by the movie’s trailer. It’s pretty clear after the passage of time which film lived up to its hype and which didn’t. According to Joe, these films did and then some.

The Hobbit: The Battle of the Five Armies