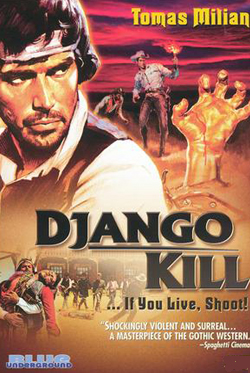 Giulio Questi’s Euro western If You Live, Shoot was retitled Django Kill to cash in on the overseas popularity of the numerous Django “sequels”, only one of which was actually connected with Sergio Corbucci’s original entry. Under any title, this is one weird movie. Half-breed Tomas Milian is out for revenge on the bandits who double-crossed him after a train robbery, but the treatment is more experimental than conventional. Surreal, gender-bending, psychedelic, gothic, political, S&M, you name it, this is one of the odder movies of the genre.