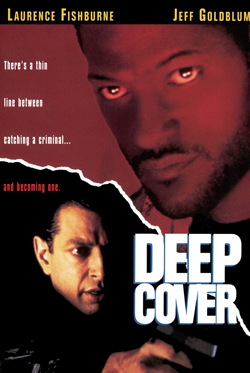 Laurence Fishburne is an undercover cop and Jeff Goldblum is his unsuspecting partner in this 1992 crime thriller directed by Bill Duke. Set in a paranoid underworld of addicts and drug runners,  Michael Tolkin and Henry Bean deliver a densely plotted screenplay with enough twists and turns for three movies (which is the number of TFH Gurus, Olson, Duke and Tolkin, who conspired to bring you this commentary!)