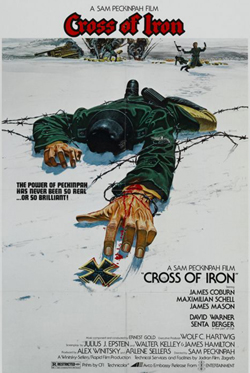 Compromised by a dwindling budget and production Euro-chaos, Peckinpah was not completely satisfied with this WW II story of a German unit at the Russian front in 1943. The climax was literally improvised by James Coburn and Maximillian Schell when the money ran out. But Peckinpah once claimed that “I had a telegram from Orson Welles and he said he thought it was the best anti-war film since All Quiet on the Western Front.”