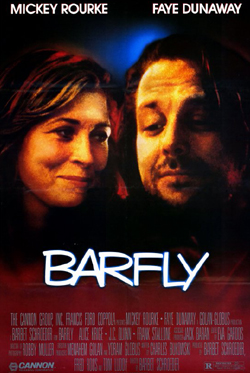 Mickey Rourke’s booze-soaked lead role in poet Charles Bukowski’s semi-autobiographical bar-crawling memoir was first offered to Sean Penn, who wanted Dennis Hopper to direct, but the script had been commissioned by French director Barbet Schroeder, so he ended up directing it as one of the rare Cannon Film productions to play the Cannes Film Festival.