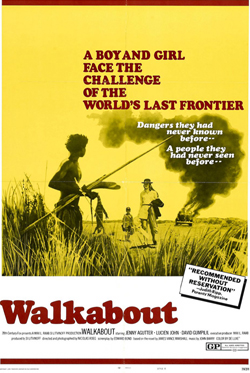 Celebrated cinematographer Nicolas Roeg’s solo directorial debut is a haunting, transfixing tone poem about two children lost in the Australian outback and their relationship with a young aborigine on his coming-of-age “walkabout”. Roeg improvised much of the film from Edward Bond’s 14-page screenplay, based on a popular young adult novel. The first screen role of Aboriginal actor David Gulpilil, who went on to become a pillar of the Aussie acting community. A unique achievement, beautifully shot by Roeg himself.