Even lesser Abbott & Costello movies are still comedy gravy to the avid fans of the fast-talking duo. Their first film deal away from Universal yields a so-so production graced with a string of their patented old-time comedy routines. And the transfer beats anything we’ve yet seen. 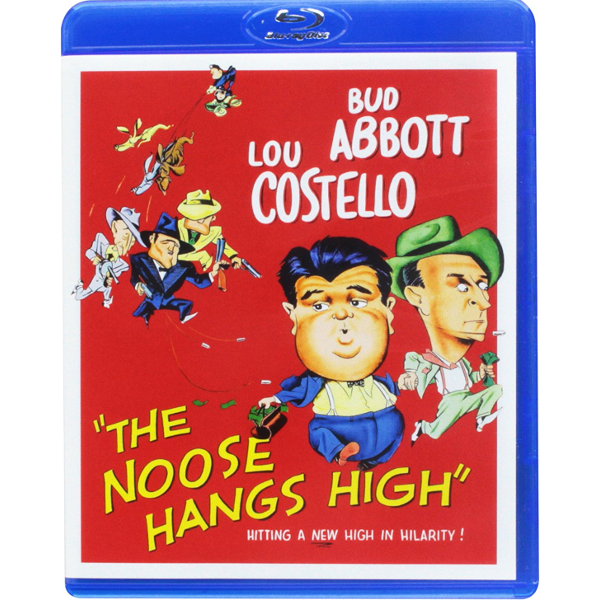 A few famous movie comedy teams prospered with good will and parted with hugs, but some of the most popular were plagued with acrimony and lawsuits. Abbott and Costello earned untold millions for Universal, but after six years or so of constant work they must have not felt too happy about the arrangement. The war hadn’t finished before professional jealousy almost split up the biggest comedy success of the 1940s. 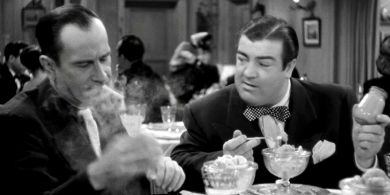 One opportunity for the team to heal the breach came when they renegotiated their contract with Universal. A new proviso allowing them to self-produce one picture a year promised to guarantee them a better profit participation. In 1947 Bud and Lou put together an independent show to be produced and directed by one of their better directors, Charles Barton. The distributor would be Eagle-Lion, a new entity formed from the ashes of Producer’s Releasing Corporation (PRC). For a property, A&C bought the remake rights for For Love and Money, a Universal comedy from 1939. The IMDB reports that that movie is now lost.

The Noose Hangs High put our heroes into a lightweight ‘gangsters are after us’ plot, which we may need reminding is also the basis for the all-time top rated comedy champ Some Like It Hot. In A&C’s version the story is used as a framework to hang a number of their familiar routines.

Window washers Ted Higgins and Tommy Hinchcliffe (Bud Abbott & Lou Costello) are so dumb and clumsy, it’s a wonder they stay alive long enough to wash one window. Mistaken for private messengers, they take an envelope with $50,000 dollars from a Mr. Stewart (Ben Weldon), to be delivered to the crime kingpin Nick Craig (Joseph Calleia). Realizing that some goons will try to take it away from them en route, the boys simply mail the envelope to Craig, to ensure its delivery. Unfortunately Tommy has accidentally switched the money with a packet of face powder being mailed, one of hundreds of samples sent out in a mass cosmetics promotion. Nick Craig desperately needs the money to pay back his bookie, and avoid being rubbed out himself. His thugs hold the boys overnight, and when the switched ‘money’ delivery turns out to be powder, Ted and Tommy have to think fast to make amends. Obtaining the cosmetic company’s mailing list, they somehow find their way to the lovely Carol Blair (Cathy Downs of My Darling Clementine), who has already spent most of the money to free herself from a demeaning job, rent an apartment and purchase a closet full of fancy clothes, including a fur coat. Various episodes bring the boys in contact with a dentist (Murray Leonard), a psychiatrist (Fritz Feld) and Nick Craig’s goons, led by the imposing Chuck (Mike Mazurki). Joining with Carol to win back Nick’s money in a betting parlor, they befriend the seemingly unstable J.C. McBride (Leon Errol), a spirited, hearty type who seems never to lose. As Nick Craig and his killers close in, nobody realizes that the goofy McBride is actually the mysterious bookie that Nick is desperate to repay. 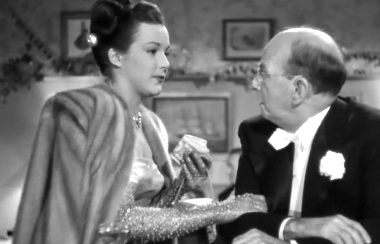 Although the story is tired, Abbott and Costello fans will pay more attention to the classic comedy routines dropped into the mix at predictable intervals. When the boys bet on race horses, a routine confusing the terms ‘mudder’ and ‘fodder’ is fairly simple, while another in which Costello must rapidly put on and take off a pair of pants looks like a serious physical workout (not to mention a feat of dexterity to avoid a trip-up). The silly Tommy Hinchcliffe and Nick Craig trade insults and murder threats during a phone call, not realizing that they’re next to each other in a row of phone booths. And another exercise in faulty logic has Abbott numerically ‘prove’ that as a young child grows, her age will ‘catch up’ with that of Costello. These routines are much better than the gags invented for the movie. At one point the boys become flustered by Carol’s new convertible limousine, that for no reason has a hood and canopy that keep popping up and down.

Most Universal A&C pictures had at least one or two scenes featuring impressive production resources, even after the series began to cool off. Their latest hit Abbott and Costello Meet Frankenstein is a delightful celebration of the legacy of Universal horror that reunites Lon Chaney Jr. and Bela Lugosi. The Noose Hangs High brings back some name comedians (Fritz Feld of Bringing Up Baby, Leon Errol of the Mexican Spitfire movies) but has no major action sequences or musical numbers. Cathy Downs isn’t used in any romantic or comedy capacity and barely rates a close-up or two. The boys’ profession as window washers doesn’t figure in the story or motivate a big comedy highlight swinging over the city streets. Was there at one time a gag with Tommy tangled up in the ropes for the window-washing rig, to motivate the title ‘The Noose Hangs High?’ The only reason the gangster story holds together is the excellent work of the unsung Joseph Calleia, whose performances made a difference in scores of modest movies. Calleia contributed to some great movies: The Jungle Book, Gilda, For Whom the Bell Tolls, Wild Is the Wind, Touch of Evil. He’s just as good at slapstick nonsense as he is at high-class villainy. 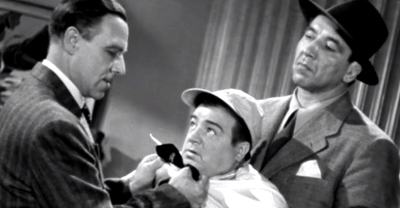 The independent production The Noose Hangs High shows a slightly heightened awareness of crime as a general state of affairs. As comedians that came up the hard way in New Jersey, Bud and Lou surely understood: when they accost a respectable-looking ‘random’ woman on the street, she immediately confesses to having quit the mob ten years before.

Abbott & Costello probably did better monetarily with their two-season TV show than any of their independent pictures. Africa Screams with the Nassour brothers doesn’t enjoy a great reputation and their silly fairy tale Jack and the Beanstalk is a mild kiddie show, albeit a fond early TV memory for this reviewer. Their last show as a team is no masterpiece, and neither is Lou Costello’s final solo film The 30 Foot Bride of Candy Rock. I’m just old enough to have one foot in theatrical A&C awareness, as I saw and liked Candy Rock when it was new, unaware that it was a comic turn on Attack of the 50 Foot Woman.

ClassicFlix’s Blu-ray of The Noose Hangs High looks and sounds great. Back in the early 1990s when MGM Home Video brought out a VHS, the title had reportedly been difficult to see for a long time. ClassicFlix’s disc carries an MGM logo showing that it’s licensed and legit.  The Eagle-Lion Studio was folded into United Artists in 1950, bringing to that distribution ‘studio’ its industry mastermind Arthur Krim. The Noose Hangs High is one of the oldest holdings in MGM’s United Artists library — most of the label’s more notable releases reverted to their original producers. 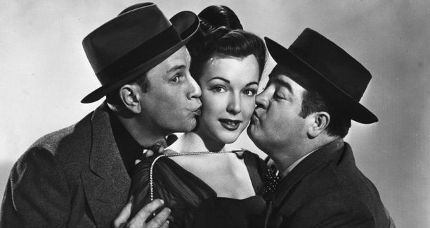 The disc isn’t at all plain-wrap. ClassicFlix has included a trailer and an image gallery that seemingly contains every still and piece of release artwork produced for the picture. The release earns our hearty approval.