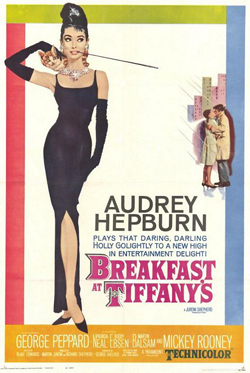 Blake Edwards’ adaptation of Truman Capote’s bittersweet novella was a big hit in 1961 and garnered several Oscar nominations. The film’s title sequence, with “escort girl” Audrey Hepburn strolling the deserted sidewalks of New York while serenaded by Henry Mancini’s Moon River, is one of the most memorable moments in movie history. Also memorable, unhappily, is Mickey Rooney’s outrageously un-PC portrayal of Hepburn’s Japanese landlord, which has negatively impacted modern audiences and dimmed the luster of what was long considered a romantic classic.