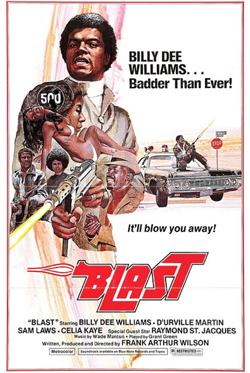 Under the auspices of Roger Corman, Oscar Williams directed 1972’s The Final Comedown, a rote Blaxploitation thriller starring Billy Dee Williams. In 1976, again under Mr. Corman’s auspices, “Frank Arthur Wilson” was hired to spruce up the earlier film with new footage. Mr. Wilson was in fact Allan Arkush and he’s here to share the story about making Blast.